June 29, 2021
Present: Lynette Arden, Stella Damarjati, Steve Wigg, Julia Wakefield. Apologies: Maeve Archibald.   Steve gave a short presentation, preceded by a description of the online tea ceremony that he experienced. He related how there are winter solstice ceremonies in Japan that are designed to appeal to all the senses, and this example included an ikebana arrangement, sound stimuli such as the ‘deer scarer’ fountain, a scroll with the inscription ‘Direct (the) mind in this place’ and a charcoal burning, using a log of a special type of Japanese wood that creates a glowing star. It was at such ceremonies as these that renku were traditionally written. Steve’s online ceremony did not include poets, but we liked the possibility of uniting an international online ceremony with a renku in the future. Steve’s presentation was about the writer and haiku scholar Richard Gilbert and his book ‘The disjunctive Dragonfly’, which addresses the perennial problem of how to define a haiku. According to Ste
Post a Comment
Read more

April 13, 2021
Present: Lyn, Stella, Steve and Maeve. Apology: Julia.   Saturday afternoon's Bindii meeting was a discussion  with feedback o n haibun.   Maeve's haibun was written in classic haibun style,  with haiku inserted at the end of each paragraph.         Stella offered her 3 short haibun ,  in the style of a flash fiction (30 words) , followed by one haiku . We discussed  changing the prose to present tense (from past tense) and possibly  expanding the prose to make it feel more satisfying.    The next meeting will be  on the 27th June at 3pm. Meeting topic: haiku workshop.
Post a Comment
Read more

Report of Bindii Meeting for 28 February 2021

March 01, 2021
February’s Zoom meeting was an evaluation of haibun we had been tasked with writing since we last met. The results were quite diverse: Maeve offered a short story style haibun with paragraphs of prose punctuated by haiku at the end of each. Julia also offered a short story with a twist at the end, underlined by a tanka. Her example brought up the question of whether a poem could be used to clarify the text above it. We decided that this was certainly an option. Lynette’s was a shorter, first draft haibun with options for the final haiku, which we successfully workshopped. Stella had two short paragraphs, each with a haiku at the end, and her titles needed some work, which she modified successfully, and Steve had a travel journal-style with a single haiku at the end – a bit unfocussed, so some pruning was in order.   A common issue we found in the writing was lack of focus, which we agreed could be solved with tighter editing. Some works had no title, and we noted that title, body
Post a Comment
Read more

January 25, 2021
On Sunday January 24 six of us again attended a Zoom meeting: Julia Wakefield, Steve Wigg, Maeve Archibald, Stella Damarjati, Lynette Arden and Coral Carter. We once more attempted a renku, this time led by Steve. We’d previously tried a Winter Junicho renku with Lynette as our Renku master. Steve had extensively studied Carley’s Renku Reckoner over the Christmas break and he challenged us with a twelve verse Summer Junicho. We had to leave the renku unfinished after 2.5 hours, and will complete the last three verses by email correspondence.  It was decided that everyone should attempt every verse and we would choose the best fit. As we discussed the appropriateness of each submission we became more and more conscious of the subtlety of the rules. It resembled a game of verbal gymnastics, where we attempted to find links while avoiding other accidental allusions to previous verses. We trod a fine line between providing variety or surprise and descending into nonsense or cliches.
Post a Comment
Read more 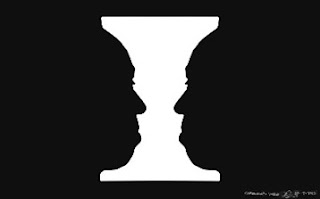 On Sunday November 29 six of us attended another Zoom meeting: Julia Wakefield, Steve Wigg, Maeve Archibald, Stella Damarjati Lynette Arden and Coral Carter.  Coral introduced us to her publishing house Nulla Nulla Press, which publishes WA haiku poets.  We had agreed to try composing some haiku prompted by 4 or 5 concrete nouns, as demonstrated in Hansha Teki’s Bipedal Verses https://heliosparrow.com/wp-content/uploads/2020/Bipedal_Verses-Hansha_Teki.pdf   so we could compare our different responses to each prompt. At the same time we looked at the ‘parallel verse’ approach that Hansha Teki demonstrated.  Most of us found the ‘parallel verse’ technique extremely challenging, but we attempted to define its purpose. First of all, it was apparent that you can read both haiku together, so that they form a new poem, as in this example by Hansha Teki, inspired by the concrete noun GALAXY: dust motes                black holes our origins red-shifted                my eyes
Post a Comment
Read more

September 23, 2020
On Sunday August 30 we met again on Zoom. Six of us attended: Julia Wakefield, Steve Wigg, Maeve Archibald, Stella Damarjati and Lynette Arden, as well as our esteemed interstate guest, Beverley George. We had arranged at the previous meeting to put together another sequence, using the theme of ‘colour and light’. Each member was required to bring along between three and five haiku that they had written on this theme. This time we were much faster with our responses, and as we had two more people we had many more haiku to choose from. We endeavoured to take turns with each stanza in the sequence, but we found ourselves beginning to pick out the haiku that seemed to fit best, regardless of the order of contributors. We ended up with not just one but three sequences, as we realised that the haiku were beginning to fall into three separate sub themes. The third sequence seemed to fall into place more easily than the others, and reflected a more significant depth of emotion. The las
Post a Comment
Read more
More posts